The Key to Happiness {Life Lesson} 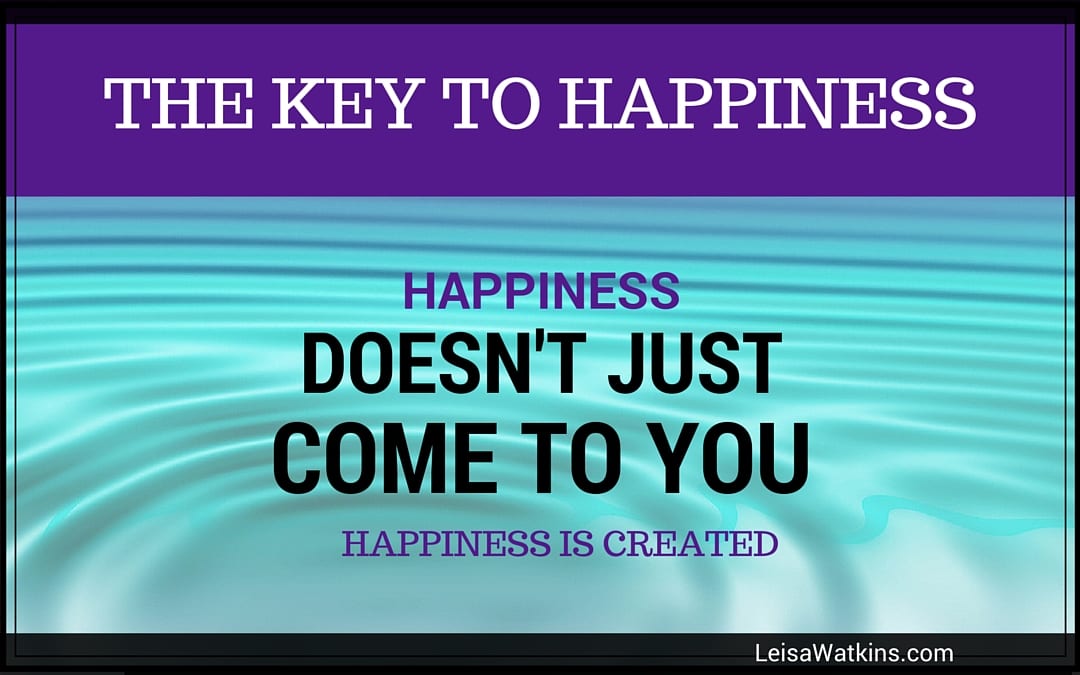 Since the beginning of time people have searched for the key to happiness. In fact, there are close to 4 million searches done each month on Google alone by people looking for the keys to happiness.

But, happiness doesn’t just come to you.

Thankfully, many people have found happiness. And so can you. You see these people have discovered that happiness doesn’t just come to you.  Happiness is created.

Robin McGraw’s writes in her book Inside My Heart: Choosing to Live with Passion and Purpose “There’s a huge difference between expecting happiness to come to you because you deserve it, and going out and getting the happiness you believe you deserve.” It got me thinking about what I do to create happiness for myself.

Creating Your Own Happiness Can See Overwhelming

Perhaps you are at a time in your life where creating your own happiness seems overwhelming. I know because I’ve been there!

There was plenty of things going on in my life that didn’t help; financial problems, health problems, relationship problems and more. This wasn’t the way I pictured my life would be like. This wasn’t me. And that is what bothered me so bad. This positive thinker was a mess. I felt broken. I felt defeated. I felt hopeless. I was no longer me. The me I knew was buried somewhere beneath the layers of pain, at least I thought I was in there somewhere.

How did I get to that point? I wondered. I believe in the power of positive thinking and the power of the mind to create one’s life. And that’s what bothered me so bad. What in the heck had I created? And why wasn’t I able to think my way out of it? Why did it seem so difficult to do things that I so enjoyed doing before?

I was explaining this to my counselor at the Rape Recovery Center (a much better name than Rape Crisis Center by the way). I told her how it really bothered me, the fact that I couldn’t think my way out of the depression. Thankfully she pointed me on the right path when she said what I was feeling was totally normal for someone in my circumstances.

She went on to explain that I was on level one or two of Maslow’s Hierarchy of Needs. Perhaps you studied it in school. The basic premise is that one must fulfill the needs on the bottom level before they can move up to higher needs. Unless you have been there it is a little difficult to understand. She said I had been thrust down to the bottom two levels where I was worried about security and survival. Believe me, it is difficult to see the top of the pyramid down there.

It was on that day I realized that my positive thinking and my fighting spirit were paying off. That’s because she explained that she honestly felt that I was one of the most amazing people she had ever met. She said she was amazed by my strength, and I thought all strength was gone. She said that people who have gone through the things I had gone through would normally not be functioning at all and that it was my no quit attitude and my positive thinking attitude that made a difference. I’d like to tell her right now, “Thank you for helping me to see that there was some part of my normal self-buried in there.”

That day I came home and I looked up the pyramid online and thought, “OK, I want to be back on the top. What is up there that I can reach for?” There it was the word creativity. I knew how to be creative. I could do that. So I set out to do the things that I would do if I were at the top. 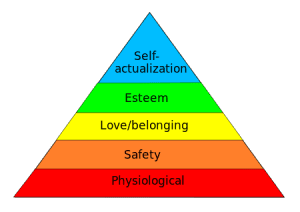 Getting to the Top of the Happiness Pyramid

I made a list of things I liked to do and resolved to at least do something from the list every day. Some days it was as simple as listening to a CD or sitting in the sun. Other days I created paintings. I freed up my schedule some so I had a little more time for me. And I began to create. I began to create my own happiness. Just thinking it wasn’t enough. It was the physical act of creating that made all the difference in the world. It gave me hope.

What are you doing to create the life you dream of?

What are some of the keys to happiness for you?

Can you be more creative?

Could you add more humor to your life?

What can you do to develop more meaningful relationships?

What can you easily do right now to raise your happiness threshold?

Just as Robin said, “There’s a huge difference between expecting happiness to come to you because you deserve it, and going out and getting the happiness you believe you deserve.”

Create your list of things that make you happy and then go out there and create more of them. Simply do it.