My Love Affair With Food, My Life Story – Part I 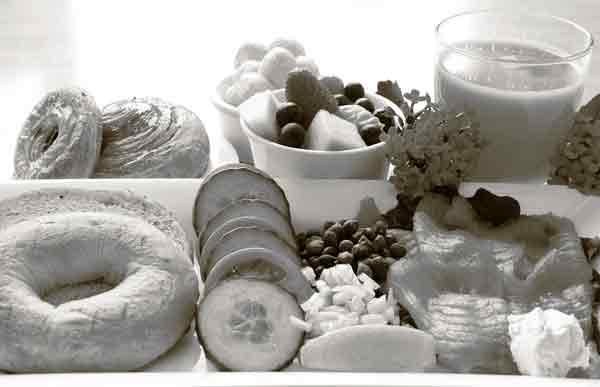 My life, like your life is, has been a remarkable one. Remarkable in ways I could have never predicted.  It’s been tremendous and wonderful in simple ways.  For that I am very grateful.

Despite it’s beauty, I, like all people, have traveled on paths that I wish I had not walked. I’ve experienced more than an average persons fair share of trauma.  And dealt with depression that comes back to haunt me at periodic intervals. Those times of my life have served a great purpose. You’ll learn more about my life story in the coming months.

But first, I’ll start sharing something rather light– my love affair with food.

I was born in a cold Army hospital weighing in close to 4 pounds.  I was not premature. I was simply tiny. My father often said that he would place my head in his palm and I, fully stretched out, would fit between his palm and his elbow.  He isn’t a big man so that isn’t much space to fit my young, frail body in.

I was so tiny that my pediatrician put me on a diet of 7-up to try to fatten me up a bit.  Yep!  You read that right.  A diet of 7-up.  Hmmm.  Do you think that was the start of my sugar addiction?

Despite the diet of 7-up, I remained tiny the rest of my childhood, and a good share of my adult life. So tiny in fact that I weighed 50 pounds in Junior High School. The first day of 7th grade gym class my teacher thought her scale had broken.  I was the first of her new pupils to step onto the scale.  She wrote down the weight, but then realized that she must have made a mistake.  She verified my weight with the scale.  “Hmmm.  It must have broken,” she said as she tapped the scale.   I assured her that 50 pounds was correct and the subsequent weights of other kids confirmed that it wasn’t her scale.

My small size wasn’t due to a lack of food. I ate a lot! And I mean a lot!!!  In fact, just a few weeks earlier I had received an unusual award at summer camp –” The girl who went back for  fifths, sixths, sevenths, etc.”  Yep!  I was appointed the queen of food that day and received the prestigious award for taking that many trips through the cafeteria line!

My insatiable appetite was such a novelty that rumors of it spread through my neighborhood and circle of friends like news of hot rolls coming fresh out of the oven spreads through the local all-you-can-eat establishment.

Neighborhood acquaintances had heard that I could eat more than my two teenage brothers.   My brothers  were known – like most teenage boys – for eating a lot.  They regularly came home from school and finished off an entire loaf of bread making themselves a “snack” of peanut butter and jam sandwiches.  Surely, this teeny, tiny, spit of a girl couldn’t out eat her brothers.  It simply couldn’t be true!

That’s what  they thought right before they saw me eat.

One summer I attended a girls camp put together by our church.  It was a camp tradition that the local bishop would come and eat dinner with the girls one evening.  When our bishop arrived one of the adult leaders said, “You have to sit by Leisa so you can see how much she eats.”  “I’ve see her brothers eat and that there was no way she can eat more than them,” he explained.  I smiled knowing that I could keep up with them and many times out eat them.

So that evening I ate. And he watched.  In the end he said, “I can’t believe it.  She she eats more than her brothers!”

Later in life my culinary pleasures would prove to be a novelty with my dates. First, there was the classic look of surprise on their faces when I ordered more than the salad and ice water the average girl my age ordered.  But that was quickly followed by a look of shock, and admiration, when they saw how much of it I ate.

You see, I typically ordered whatever I felt like eating.  Or course, I kept my date’s pocket book in mind.  But because I like all types of food it wasn’t difficult to find something satisfying and reasonable on the menu.   Sometimes it was the large platter at one of my favorite Mexican restaurants.  The large combination platter came sizzling hot to the table filled with: a burrito, taco, enchilada, tostada, chili verde, rice, beans and two tortillas. I could eat it all.

The usual response from my date would be to shake his head back and forth as they watched me eat.  It was a classic look of surprise.  Thankfully, most guys said they found it  refreshing to take someone to dinner who wanted more than a salad and ice water.  Something some of my friends couldn’t understand.  They often ordered a salad just to appear “lady like.”

“How can someone so tiny eat so much?” people said. At that time I weighed close to 100 pounds so it was quite the novelty.

When I was in my early twenties I was hanging out with a group of eight friends.  We hadn’t decided yet what to do with our evening.  Once of the guys said, “Let’s go get something to eat and take it back to the park to eat,”  and that is what we did.  My meal – three whoppers, a large order of fries, a  large drink, and a shake.

As you can tell I had a high metabolism, but I was also a ballet dancer and in high school I ran an average of 10 to 15 miles per day.  Perhaps  my highly tuned metabolism was related to my highly tuned perception.  But you’ll learn more about that later.

Now, I don’t eat much at all.  A result of years worth of illness.  And, about six months ago, I found I could no longer eat anything I wanted without it hanging around on my body like extra baggage.

But I still love food.  My favorite TV station is The Food Network.  Someday I want to be a judge on Iron Chef and one day I plan to travel the world writing about the foods I encounter along the way.