Five Ways You May Be Limiting Success 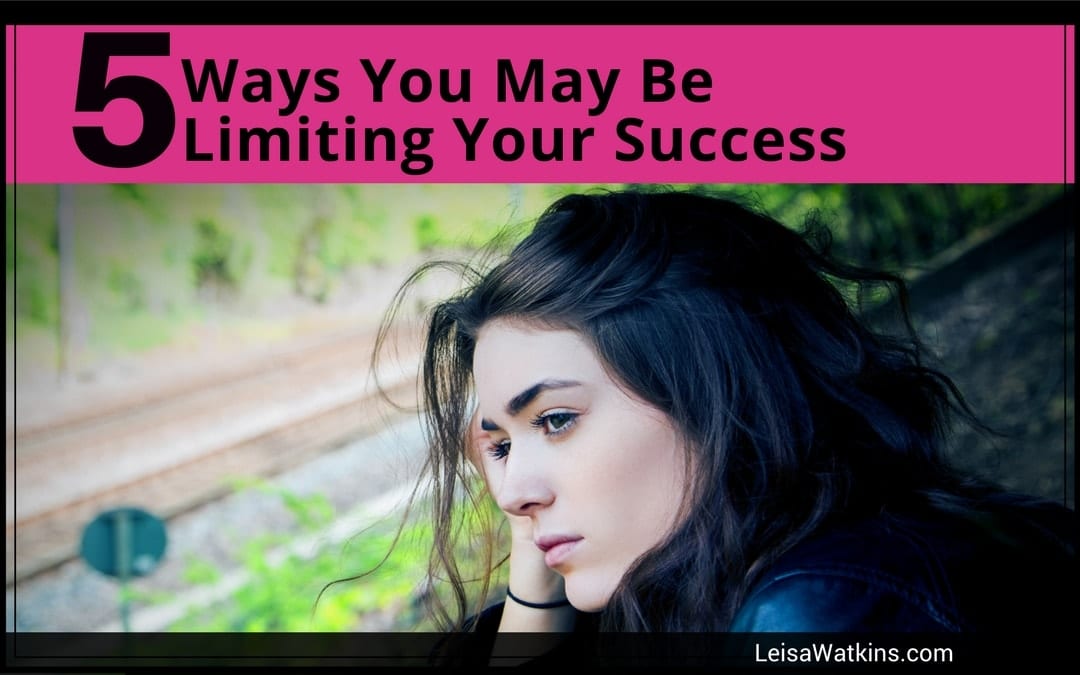 There are lots of ways we may be limiting success in life. David Schwartz, in his book, The Magic of Thinking Big

Self–deprecation is the act of reprimanding oneself by belittling, undervaluing, or disparaging oneself, or being excessively modest. Often times people use it in humor and as a tension release.

Still, I’ve always felt that I could do anything given the right tools, and enough time. Want me to teach a class on aerospace engineering? Give me the materials, give me time to learn something about it, and I could teach anyone.

The thing that had killed my success in the past has been the belief that I didn’t really deserve it. A can-do attitude it isn’t enough. One must also have an I Am attitude as well. Tell yourself “I am worth it.”

Tell yourself “I am worth it!” Because, you are!

How about you? What are you willing to risk?

Fear that the competition will beat you cause many people to fail to try. Thankfully, that has not been something that I have had difficulty with. The most competitive event I tried for was the part of Clara in Ballet West’s Nutcracker. At this time I didn’t have the confidence I did now. I lacked faith in my ballet abilities.

For those of you who haven’t seen The Nutcracker Clara is the main children’s part. I remember audition day. There were hundreds of us in the dance room. We lined up and danced for the judging team row by row. I was at the back and watched as girl after girl had their number called and be dismissed from the room.

My number wasn’t called so to the back of the room we went. Again we danced and I survived another cut. I survived cut after cut after cut. We were down to five girls. Me and four others. They had us dance. They talked. Then had us dance again. This went on a couple of rounds. Finally, they called my number.

At this point, I walked out of the room with gratitude that I had made it so far. I asked my mom if we could wait for a few minutes to see who got the part. A few minutes later four girls ran from the room with excitement. They had all made it. I was the last person cut. I then burst into tears knowing that I had come so close. I still believe that if I had more confidence in myself I would have gotten the part that day.

Even though I didn’t make it, just knowing that I tried and succeeded as I did was a success and a valuable lesson to a young child.

This is letting your parents dictate what we do. How often do people end up studying something in college they are not really interested in because that’s what their parents wanted. Thankfully my parents have always been supportive and encouraging of my dreams, desired, and career choices. They’ve encouraged me to do what we loved.

I am trying to pass that attitude on to my children. When I am tempted to say, “You ought to” I try to rephrase it to something like, “Have you ever thought about doing ______?” It may be something you would really enjoy. ”

This is the fear that comes with having a family you are responsible for. Too often, people let that responsibility be an excuse for not even trying. However, I’ve seen people take unnecessary risks to achieve success. I’ve seen men that quit their job so they can pursue a fantasy that they hadn’t even prepared for. There is usually a way to still be fiscally responsible for a family and do what it takes to be successful. The key is not relying on what is comfortable and looking for excuses to not even try.

So how do you rate on these five success suicide traits? Are any of them limiting your success?

Are any of them limiting your success?